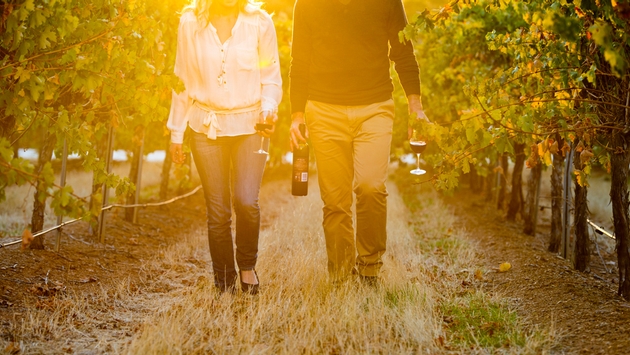 To outsiders, South Australia is probably most famous for the nature and wildlife experiences that are enshrined at Kangaroo Island, but among Australians that state is probably more famous for its various wine regions, artisanal food producers and the restaurants of Adelaide. The state’s food and wine heritage is rooted in its history as a refuge for German immigrants in the 19th century. The wine regions, easily accessed from Adelaide, give visitors more than just a gourmet romp, but also an experience of beautiful scenery and cultural heritage.

Adelaide, the capital of South Australia and one of the New York Times Top 52 places to go in 2015, is a city of a million people surrounded by parks and packed with museums, cafes and restaurants. The Central Market, the largest covered market in the Southern Hemisphere, is an emblem of how seriously food and wine are taken there. And it should be; more than 60 percent of the wine that Australia exports comes from the state.

The South Australia Tourism Commission created the Epicurean Way, a self-drive journey that encompasses the state’s four wine regions: the Barossa Valley, the Clare Valley, the Adelaide Hills and the McLaren Vale. The drive goes from regional farming to coastal seafood harvests with hands-on cooking classes and immersive wine and craft beer tastings along the way. Travelers on the Epicurean Way can make their own wine blend at Penfolds or d’Arenberg; cycle from vineyard to vineyard along the “Riesling Trail” in Clare Valley or take cooking classes such as the Sticky Rice Cooking School in Adelaide Hills.

The Food Luddite is run by Chef Mark McNamara in the Barossa Valley. The classes focus on where food comes from, how it grows and simple ways to prepare it. Conducted in small groups, classes are available year round at the Kitchen Studio, a bright creative space designed to make cooking and learning enjoyable.

Casa Carboni, in the Barossa, teaches a blend of Italian and South Australian flavors. The Carboni family, who moved from Parma, offers a cooking school for intimate groups to learn to make pasta and other Italian fare in a class using Barossa Farmers Market’s seasonal produce.  Jacob’s Creek Cooking Classes are held in the outdoor kitchen at the historic Jacob’s Estate Cottages in the Barossa. The four-hour experience is led by Executive Chef, Genevieve Harris.

If you’re worried about all of that drinking and driving, you can hire a service such as Vineyard Safaris, which tours the vineyards in a limousine with Master of Wine Tim Wildman leading the way from one cellar door to the next. The tours depart from Adelaide and are offered from November to April and accommodate up to four people.

adventure activities such as hiking, diving and mountain biking. You can even swim with sharks on the Eyre Peninsula or catch a sea-lion colony on Kangaroo Island.

Adventure Bay Charters’ Shark Warrior ship uses a six-seat Aqua Sub to offer a new way to view great white sharks in their natural habitat without the need to be fitted in wetsuits and oxygen equipment. The boat operates out of Port Lincoln and takes travelers to the shark-infested waters of Neptune Islands, two and a half hours off the coast of the Eyre Peninsula, where the pod is lowered into the ocean and passengers can climb down into the glass-enclosed viewing area that provides 360-degree underwater views, almost like a reverse aquarium. The Shark Warrior departs from Port Lincoln, with both “Aqua Sub” passengers and traditional shark cage divers on board.

South Australia is also home to Coober Pedy, the world’s opal mining capital. Willie Hutchison stumbled on the first opal near Coober Pedy around a century ago. Shortly after, the miners began pouring in. The town is about 500 miles north of Adelaide. Avoid it during the Australian summer when it gets well over 100°.

Adelaide will open a 32-story 250-room Sofitel hotel in 2018, and it will be the first internationally branded five-star hotel opening in the capital in nearly 30 years. In the past year, The Mayfair, The Watson, and the Ibis have also opened.

For something much smaller, the Art Series Hotel Group opened The Watson in September, a boutique hotel and residences that celebrate the creative genius of the hotel’s name-sake indigenous Australian artist, Tommy Watson. The 140-suite hotel offers art tours and features original artwork by Watson in each suite and throughout the hotel. The hotel is located in Walkerville, an Adelaide suburb about a 10 minute drive from the down town.